Is There Hope Of Healing?

Jul 11 Posted by Blossom Turner in Healing Hand of God

Are we there yet?

A couple months after the truth came out about David’s infidelity he asked me a question in our counseling session. How far are you along in the healing process?

In truth I wanted to bob him, I felt about as healed as a gangrene infected wound. How could he even broach that subject? 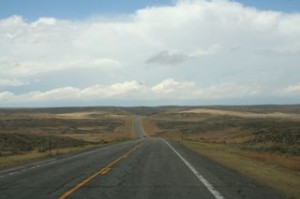 January 30, 2007
David was visibly saddened in counseling today.
It hurt to tell him the truth, but I was astounded by his ignorance.
He wondered how I was doing with the healing process? He did not like my answer for he imagined I’d be much farther down the road to recovery.
To put it in terms I thought he would understand, I told him to imagine we were on a road trip from LA to New York toting a truckload of garbage. All along the way we find receptacles in which to dump our junk, and by the time we get to New York it’s gone and our marriage is healed.
I could see him wondering where I was going with this analogy. His expression visibly dropped when I told him we were not out of LA.
“ How far do you think we are?” I asked in astonishment.
I was so surprised to hear he thought we were so much farther along.
REALLY??? YOU HAVE GOT TO BE KIDDING ME!
This account signifies a problem that often surfaces when reconciliation is attempted after any type of betrayal.  The betrayer is well aware of his/her sin and has plenty of time to adjust to his/her shocking behavior. When the lie finally unfolds they are often more than ready to purge and repent. None of it is a shock to them and they are ready to move on.

The person that has been offended however deals with immense shock. The information is raw and bleeding. If reconciliation is attempted the betrayer has to realize that the person he/she betrayed is at ground zero in the healing process.

I will not lie to you.

Time…even years is needed to fully heal. The process of working through the shock is just the first of it. When David asked me how far along I was just two months after revelation, I was indeed no more than at the end of the road we lived on. There were grief, anger, forgiveness, and self-esteem issues that still needed attention. I most certainly had a truckload of garbage to drop off one item at a time…and I needed time.

You will need time.

You will need God.

But most importantly, there is hope…