Forgiveness - An Upside Down Philosophy

Is Revenge Really Sweet, Or Does It Torment The Soul?

When betrayal hits ones life, the last thing considered in the heat of the moment is forgiveness! In fact, revenge flows instinctively. The moment I heard the truth, a surge of anger burned hot and ugly.

I remember driving my car to the other woman’s house with only one thought in mind. I was not going to be the only one in pain. For the first time in my adult life, I wanted to lash out on every level…and do real damage. I know…not very Christian, but oh so true.

I could not get there fast enough.

As I marched up and slammed my fists against her door, these opposing forces still clambered for dominance. In that moment, I truly did not want to be a Christian.

But God would not leave me. He asked me one question…

Would I confront her…His way?

You will have to read the account in Kernels of Hope: Real People, Real Stories by Bob and Gail Kaku, now available for purchase at Amazon.com.

The answer to that question was yes, the results unbelievable, but forgiveness went against every fiber of my human makeup. 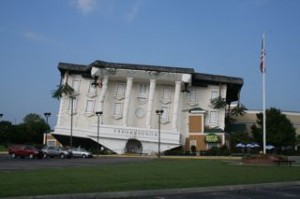 God’s ways are upside down and backwards. They run contrary to this world, yet are powerful, vibrant and life giving.
“For my thoughts are not your thoughts, neither are your ways my ways,” declares the LORD. Isaiah 55:8

Forgiveness sets the captive free. (The person held captive is the one holding onto bitterness and revenge.)

Forgiveness is often toted as weakness, when in truth it takes far more strength and power to forgive than to give into the natural path of revenge.

I do not want to paint an unrealistic picture. Forgiveness in the case of infidelity took time. Over and over I had to choose to do it God’s way and lay down the rod of revenge each time Satan brought the injustice of their sin before me.

It took time and obedience, but the day did come when Satan gave up trying to tantalize and romanticize the temptation of revenge. The desire to hurt those who hurt me subsided, and a beautiful gift replaced that ugly urge…God’s peace.

This peace is waiting for you my friend.

Give your pain to God. Do not be surprised by His command to forgive. Accept His power and help… and enjoy sweet peace instead of torment.

No comments made yet. Be the first to submit a comment